Sunken treasures saved from river, but will there be a new voyage? Owners may weigh anchor, take Arabia to new port; appraiser looks at worth 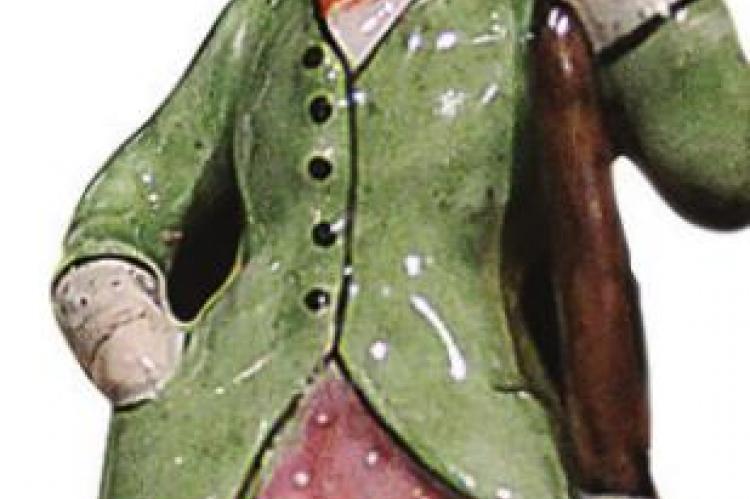 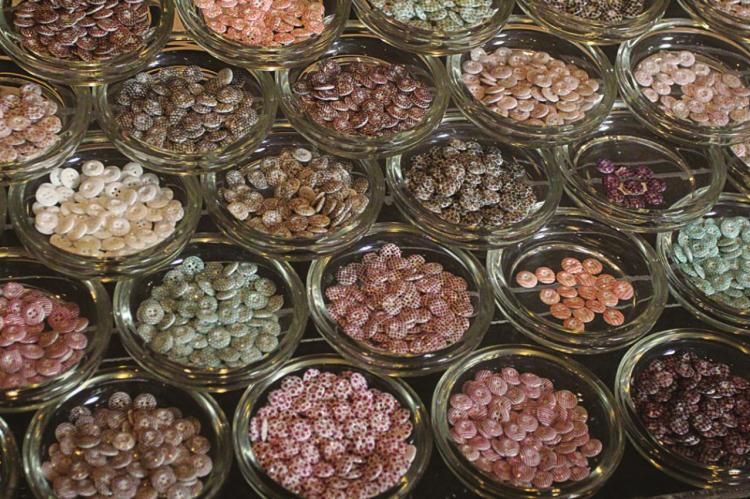 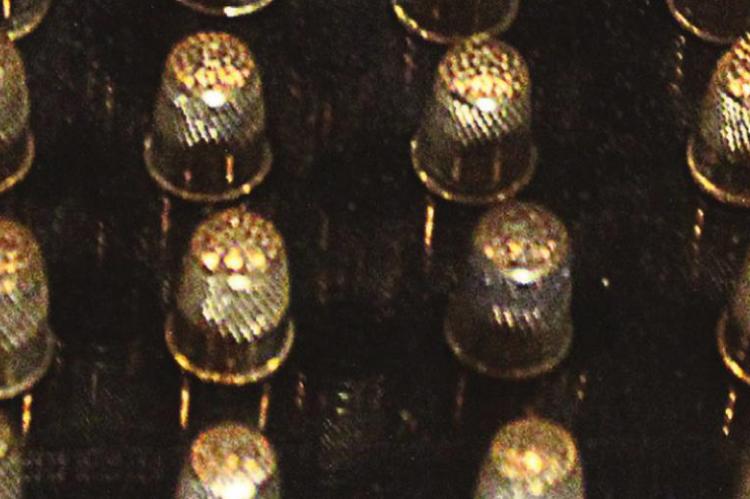 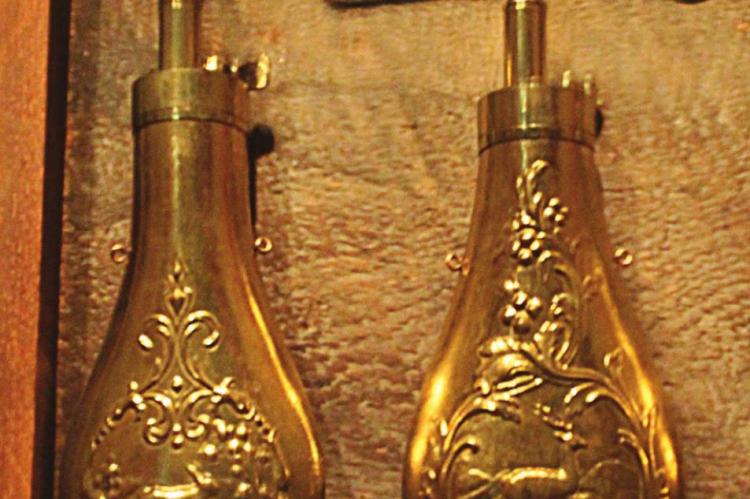 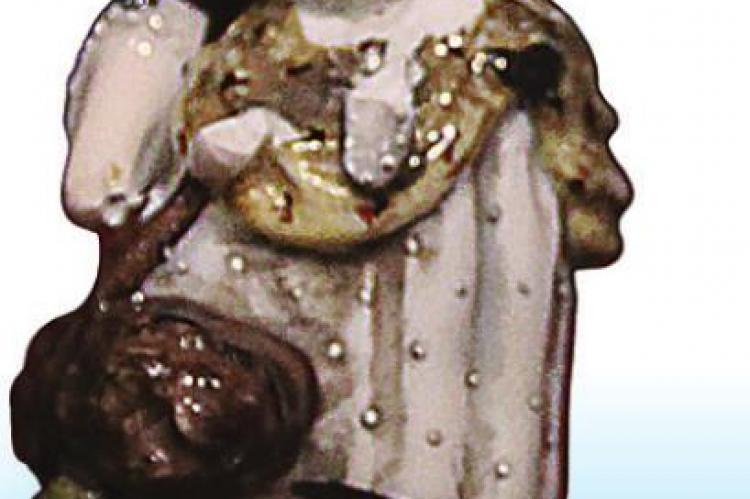 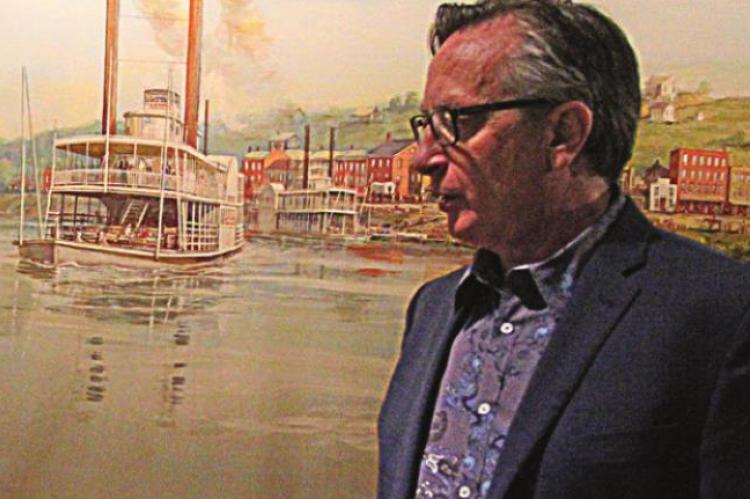 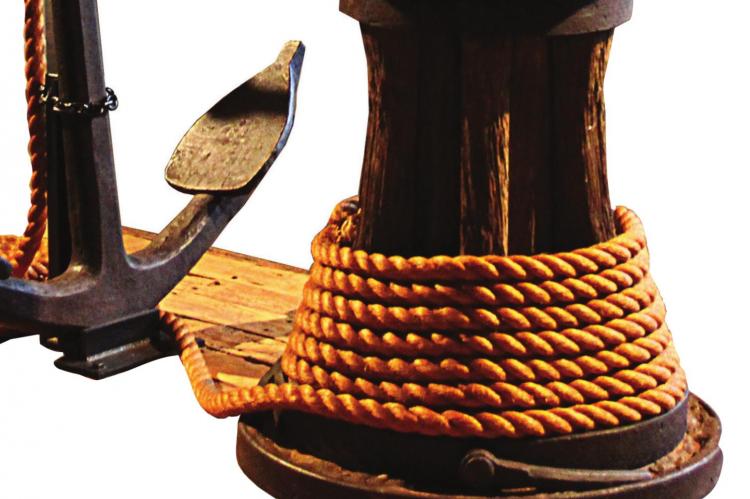 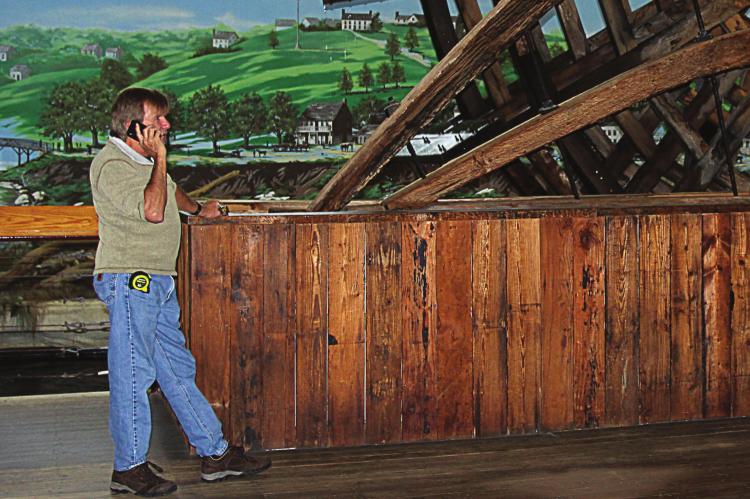 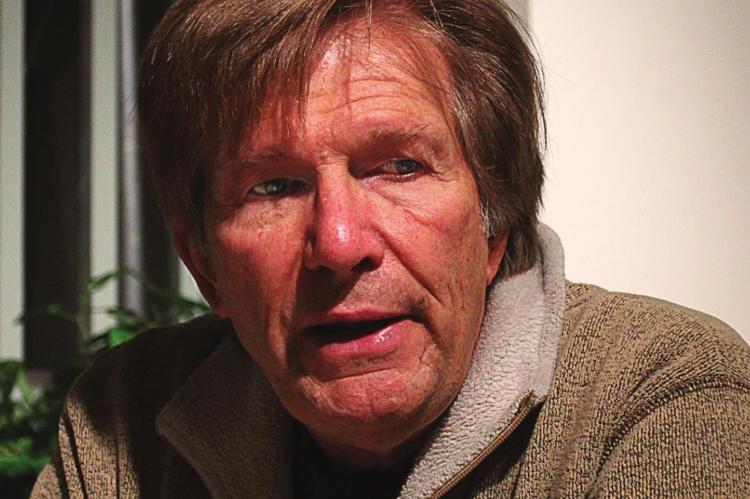 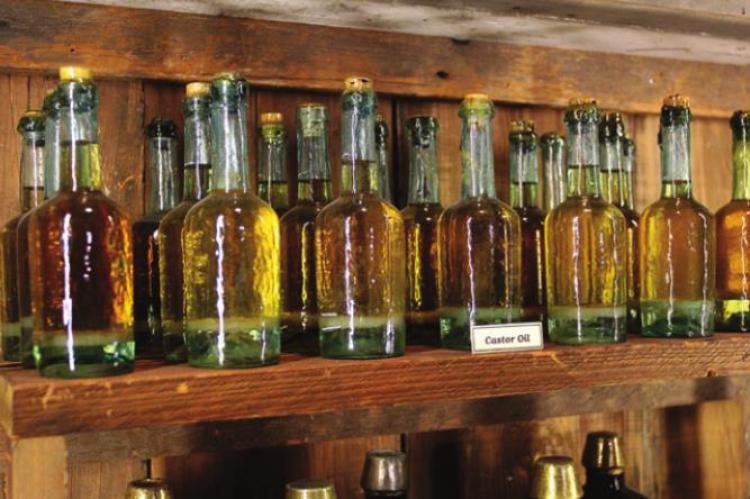 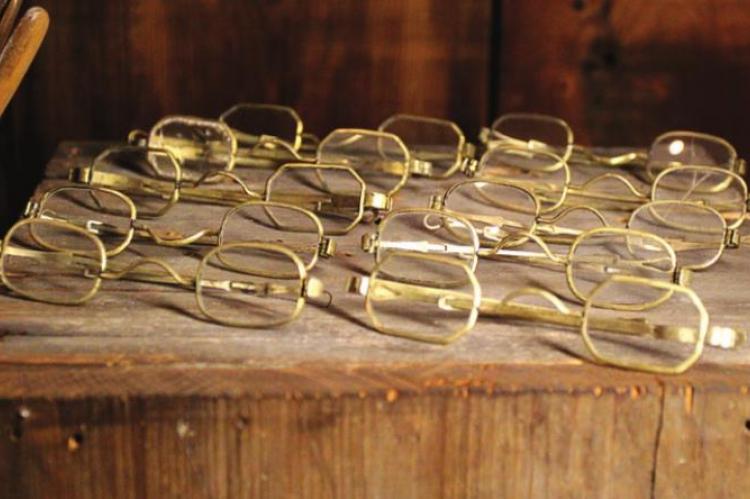 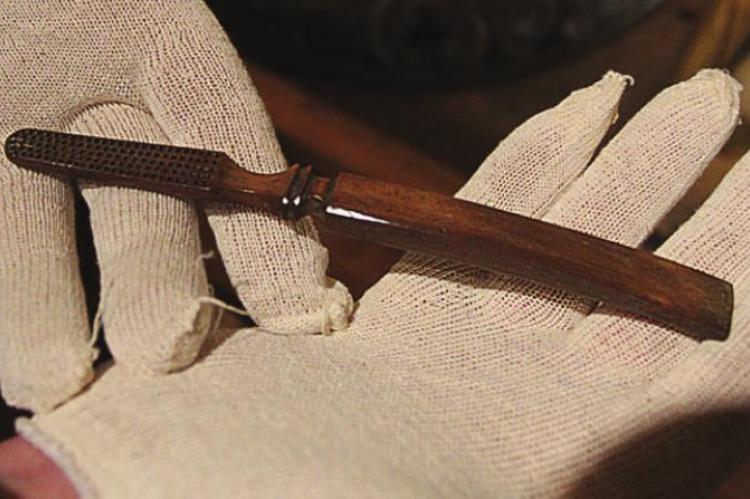 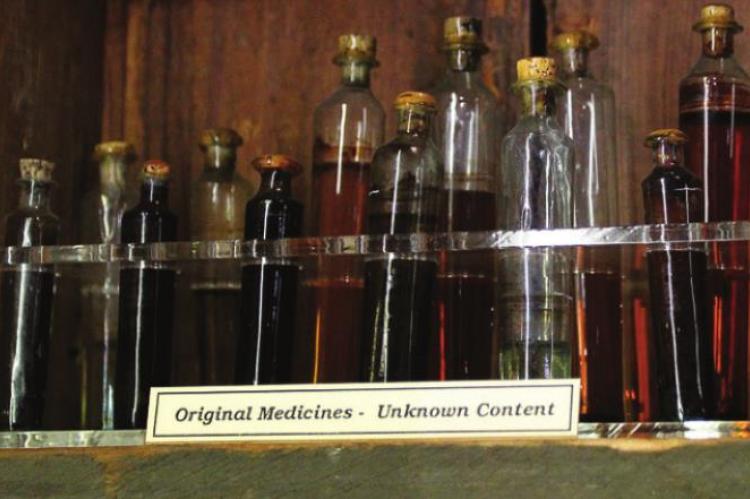 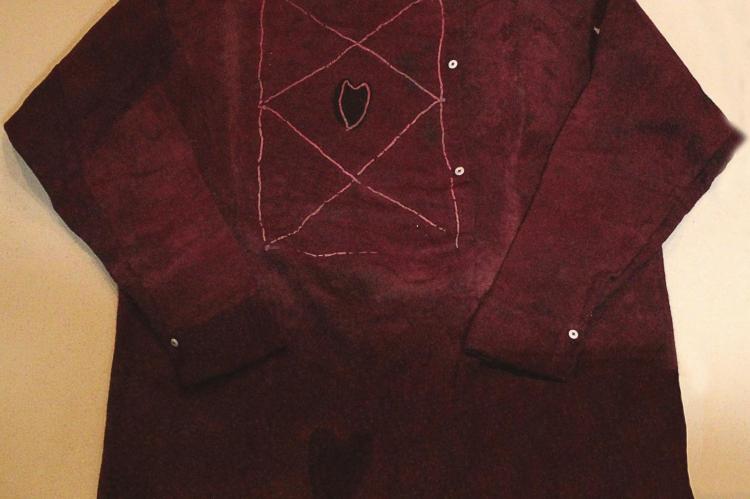 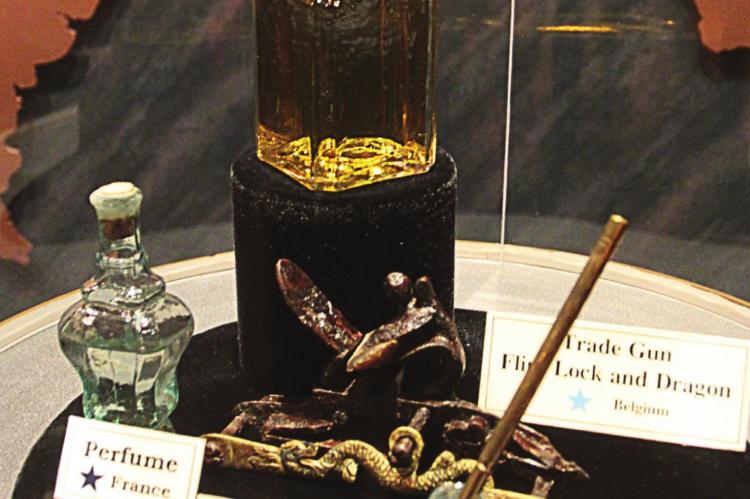 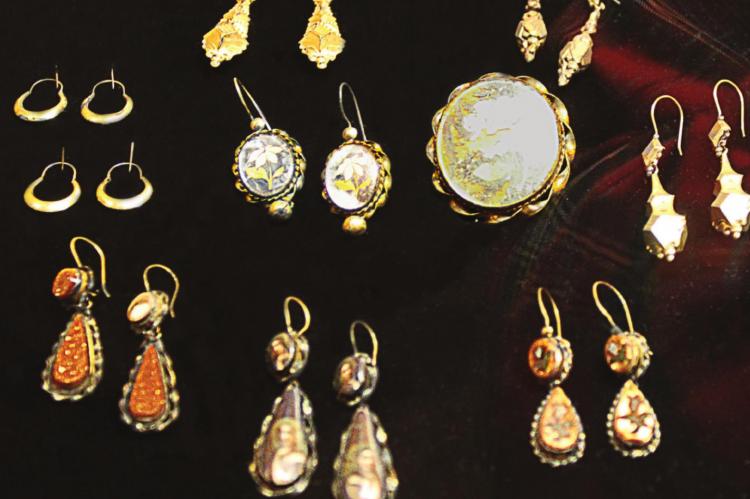 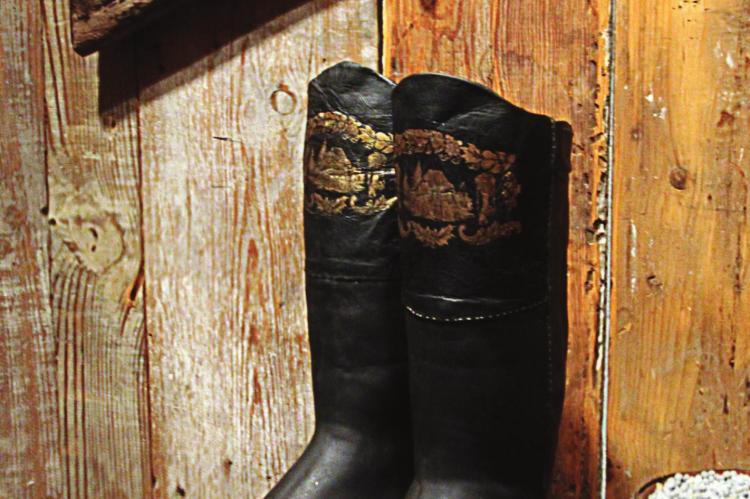 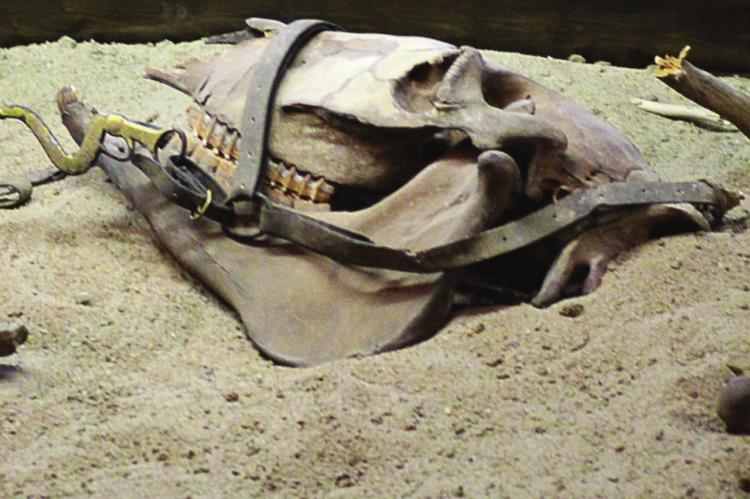 KANSAS CITY – Not all treasure glitters.

A trove of gold having great monetary value may have little value historically.

The Saddle Ridge Hoard of coins found in the Gold Country of Sierra Nevada in 2013 is one such find. Although priced at $10 million, the old coins added little to the historical record.

The contents of one of this nation’s rarest treasure chests does not glitter.

Instead of gold, rubber shoes.

Instead of silver, glass buttons.

Instead of diamonds and rubies, toothbrushes and eyeglasses.

At the center of a unique slice of history – one snatched in pristine condition from the shoot-’em-up days of the Western Frontier– stands globe-trotting antiquarian specialist Timothy Gordon.

Lean, bespectacled, in a sportscoat like a college professor, Gordon is known for evaluating an eclectic array of collectibles. The range spans pop culture items, such as Evel Knievel’s leather motorcycle suit and previously unseen poetry by Jim “People Are Strange” Morrison of the Doors, to pieces of cultural significance to the world, including Native American artifacts and Rembrandt etchings.

Seen frequently on “Antiques Roadshow,” Gordon knows when something is not just old, but meaningful. He says he has found incredible historical relevancy among artifacts at the Steamboat Arabia Museum, 400 Grand Blvd., in the River Market.

“I’m on Day Five and I’m still on ‘discovery excitement,’” he says. “This is not really a ‘collection.’ It’s like looking at a tree ring of human existence in the year 1856. Just about everything you would need to exist – dress yourself with, or hunt with, or do commerce with – is here.”

Gordon is effusive in his praise for the museum, a gem in Kansas City’s cultural crown.

“It’s a miracle view. It’s probably the only museum that I’ve ever encountered where you have that slice of life for an entire year,” he says, pointing out a powder horn here, a pair of leather boots there, while strolling among exhibits. “What’s really important is scholars and authors and people who’ve tried to recreate the past have all been doing it pretty much from tidbits and separate sources, so this is the first time where you open the door and you walk into this year. …

“I know people from all over America who count this as their favorite museum.”

Built in 1853, the steam-driven, side-wheeler Arabia travels the winding Missouri River. The boat slips between the banks of Ray and Lafayette counties at roughly five miles an hour, at times steaming as far to the northwest as South Dakota and as far east as Ohio.

The boat runs the river during increasingly troubled times for Missouri, particularly near the Kansas border. In March 1856, anti-slavery men reportedly board the boat in the area of Ray and Lafayette counties, and seize a weapons cache. The incident marks one of many for area residents during the border war leading to the Civil War.

About six months later, near Parkville, the steamboat reportedly hits a tree that rips a hole below the deck, causing the boat to begin sinking. Everyone escapes safely, except for a mule tied to sawmill equipment.

In one of the museum’s large display rooms is a glass case containing a leather strap around the mule’s skull.

“He was (unintentionally) tethered … and this kept him from being able to escape,” Gordon says, and adds the story of a woman who says an ancestor stood on the bank and watched the mule struggle before sinking.

Behind the case stands one of the men who salvaged the Arabia three decades ago, David Hawley. He is next to a full-sized paddlewheel that spins slowly. The apparatus uses some of the Arabia’s original parts, Hawley says.

What matters most to him about the collection recovered in 1988, Hawley says, is the human element.

“There was a box that we found, and we opened up the door, and the box turned out to be an icebox,” he says. “In that box was this great big copper tray, it was the dinner serving tray, and on the tray were the leftovers from the last meal they had eaten – cow bones and pig bones. Now, that’s a weird thing to say is your favorite, but where else are you going to find a tray of leftovers that’s 132 years old?”

Hawley says Gordon’s knowledge made him the right choice to put a price tag on the Arabia collection.

“He comes with such depth of credibility and experience,” Hawley says.

The appraisal could take months. “Trade beads alone, we found some

Gordon has taken on similar challenges.

“I’ve been doing this my whole adult life,” he says. “I’ve appraised many complete museum collections.”

He started with the collection from the twin ghost towns of Virginia City and Nevada City, Montana.

The appraisal is less about pricing the Arabia than about the museum’s future. Hawley’s River Market lease ends in seven years – a short time for a museum. He exudes a sense of urgency.

“We’re out of space here,” Hawley says, while taking a seat at a table in a small, plain office.

People in other Missouri cities, including St. Charles and Jefferson City, have expressed interest in showcasing the Arabia collection, he says, but Kansas City leaders understand the value and want to keep what they have.

Ideally, civic leaders would ante up to house the Arabia in roomier quarters, Hawley says, but those leaders understandably wish to know what they would get for their money.

“You can bring in historians, and they’ll say, ‘Oh, my gosh, this is one of Missouri’s historical treasures. We’ve got to find a way to keep it.’ But until you can put a number on this collection, the historical piece is often lost to the businesspeople, where you go to raise the big dollars to build the big buildings,” Hawley says.

Based on family discussions, he says the hope is to find support for a permanent, public Arabia museum.

“We don’t want to own the collection,” Hawley says, “We’ve owned it as family members for 30 years now. Families are not great places for these things to reside.”

A museum designer may be asked to consider cities that want the Arabia, determine whether their populations and enthusiasm would sustain the museum, and issue findings to steer the museum’s future.

“Kansas City’s my home, but at the end of the day, I would listen to what (the designer) says,” Hawley says.

While walking among clear cases filled with relics arranged artistically, Gordon says the Arabia is a time capsule of everyday life in the Midwest. “Every display

“Every display is that way,” he says in front of a case filled with corked bottles containing liquids. A placard, not much bigger than a business card, reads: “Original Medicines, Unknown Content.”

“We’re not certain what some of those medicines are,” Gordon says, and lists surrounding items. “You have reading glasses. You have toothbrushes. You have pills. You have bottles with condiments and ketchup. There’s liquor, which was a big component of the West, and still is. There are all kinds of things that I could never have imagined.”

Some bottles are marked “castor oil,” dreaded by many for being foul-tasting, though the oil worked effectively as a fast-acting laxative in the 1800s. Castor oil remains in use today.

Gordon is enthusiastic about a jar of pickles.

“Everybody’s got to see these. They’re a sweet pickle and they look like you could eat them,” he says, though they are more than 164 years old. “I only ever seen the (pickle) bottles,”

“I only ever seen the (pickle) bottles,” Gordon says. “To see one with the contents in it is a miraculous situation. It’s one of a kind in the market or in the museum world, and for scholars as well.”

The museum contains miracles upon miracles.

“Those boots are a miracle right there. They have ‘the frontier’ stamped in gilt on the exterior – a cabin with pine trees and the coral. They represent the dream of the frontier to the person who got those boots. It’s idealized – a horn-of-plenty-kind of a thought. He’s going out to create a log home in the forest with a corral, and because he’s wearing those boots, he’s an official frontiersman, in his mind,” Gordon says, and laughs, while considering what kind of reception the dude who might have worn such boots would have received in a place like Dodge, Deadwood or even Richmond. On the other hand, looking at adjacent guns, he says, “In those boots, he could have had one of the pocket pistols here. He’s going to need a gun to defend himself.”

The collection includes several firearms, something needed by people living along the border of free state Kansas and slave state Missouri in 1856. The collection contains another unique item, one that appears to tie directly to the Border War, and unknown previously to historians.

“This shirt with a bib front and a heart on it is a pro-slavery, border guerilla shirt from the western Missouri frontier,” Gordon says, based on research done by museum staff. “We don’t know of any other ones, and in the collection here, there are The only proof of their existence was several. I could never have imagined that. buried under water and silt for 130 years, so it’s a blind spot to historians.

“There are so many blind spots (revealed) in this collection – wonderful, nice blind spots.”

The miracles of the Arabia include items that should not exist, based on sci ence – rubber shoes, he says.

When researching the Goodyear shoes uncovered during the excavation 32 years ago, the excavators called a Canadian lab that specializes in rubber to ask how to preserve the shoes. The lab replied the shoes could not exist.

“That early India rubber was super unstable,” Hawley says. “It didn’t last for very long and, once it interacted with the air, it began to break down. Its shelf life was really short. It would get gummy, until they figured out an additive to put into (rubber) years later. This particular collection of rubber – the shoes and the whips and the combs and the buttons – doesn’t exist anywhere else on Earth except here.”

To save the rubber items, Hawley and his family got creative.

“Mother Nature had protected it, because it was sealed from oxygen, and when we found it, we froze it all immediately; in the ice, there is no air,” Hawley says.

The family built a tank, pumped out oxygen, pumped in nitrogen and saved the “non-existent” rubber items.

While standing beside the glass tank, Gordon returns to the word of the day, “Miracle.”

The collection contains glass scroll flasks he calls “works of art,” lancets for bloodletting and scores of thimbles.

When asked to pick a favorite, Gordon is only a bit shy of turning apoplectic. Pickle jars. Flasks. The Border War shirts. He tosses around ideas, but a favorite – he does not go there.

“I’m not going to be able to pick one,” he says, and moves on. “These bone toothbrushes have a beautiful patina. The bone has aged to where it’s almost like a mastodon.”

“They were horsehair,” he says.

Throughout the tour, Gordon expresses enchantment for all he sees.

“(People) could never have dreamed, nor imagined, nor fathomed these variations,” he says. “We have everything from wools from Great Britain to silks from Asia. … Because there wasn’t a lot of oxygen down there to eat away at things, for the first time you’re seeing new things from 1856.”

Later this year, Gordon says, he will set a price on the collection – a national treasure.

“This is part of the heart and soul of Kansas City,” he says. “From an outsider’s standpoint, this is so incredibly important historically. This is your cultural heritage. It encapsulates the commerce and the building of the West. 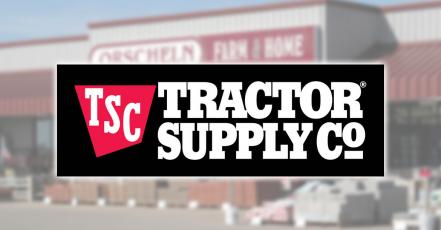 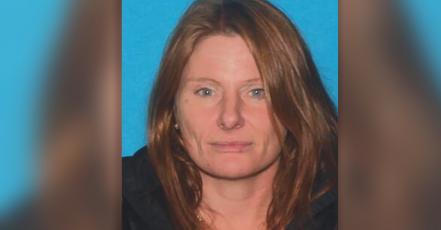