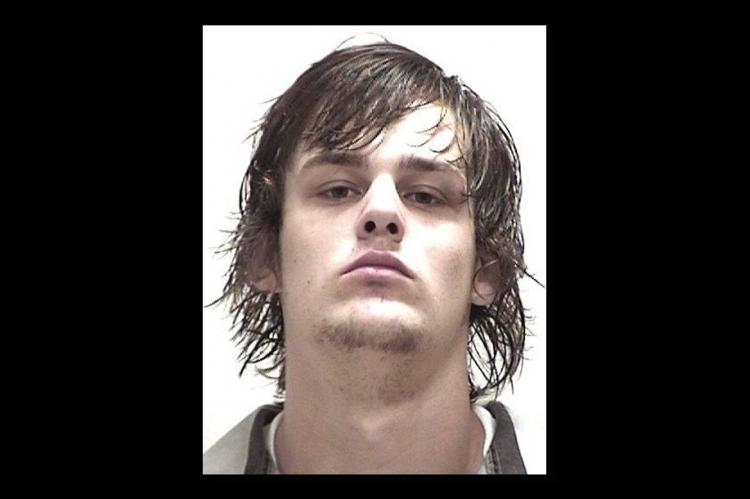 Police responded at 5:20 p.m. June 8 to a shooting report at the Price Chopper, 9717 N. Ash Ave. They found Phillips dead from gunshot wounds in the driver seat of a black, 2007 Kia Spectra.

“Hicks stated that the suspect vehicle, a dark in color sedan, with five occupants parked in the space next to them on the west end parking lot in front of Price Chopper. She stated a white male wearing a dark-colored shirt and dark shorts exited the driver’s side and entered into the rear passenger seat of the Kia Spectra,” the Kansas City Police Department report filed by detective Angelina Sanchez states. “Hicks stated a black male exited the passenger side of the suspect vehicle and paced back and forth along the passenger side of the Kia Spectra. Hicks stated that she could not recall any conversation; however, the white male suspect reached for the bag of marijuana which was near the victim. Hicks attempted to intervene and that is when she heard the white male suspect discharge three to four shots from the backseat. The suspects fled the scene in the suspect vehicle.”

Detectives worked to find the person with whom Phillips communicated on Snapchat by contacting the Regional Computer Forensics Laboratory. Also, a tip to detectives suggested the person involved had the name of “Blade,” which led them to a Facebook profile.

Detectives tracked Blade Elliott to his apartment on Millwood Drive in Jackson County.

While conducting surveillance at the apartment, detectives noticed a black male drive up in a black, Volkswagen Jetta with temporary plates that appeared linked to the business videos. Elliott opened the apartment door to allow entry to the black male, Urvino “AJ” Lopez, 18. After about 15 minutes, the two men left the building and at that point detectives made the arrest without incident.

With a warrant, detectives searched Elliott’s apartment and found a Glock 45 containing 9mm Luger rounds. They also found a hooded sweatshirt that tested positive for blood, with the source unknown at the time of the report.

While talking to police, Lopez reportedly admitted to driving the Jetta on the day of the shooting.

"Lopez stated he had picked Elliott up at 8803 Millwood Drive to smoke marijuana. Lopez’s little brother, Romeo Lopez, was in the front passenger seat, Elliot was in the rear passenger seat, and a fourth individual who was also picked up at the apartment complex off of Millwood, was seated in the rear driver’s seat. Lopez stated they didn’t have enough marijuana, so Elliott set up a deal with an unknown individual,” the police report states. “The four then drove back up north to Price Chopper to meet with the individual Elliot set up the buy with. When they arrived, he backed into a parking space on the west side of the Price Chopper parking lot. Lopez stated he observed a black vehicle park next to them which had a white female in the front passenger seat. He did not see the driver. Lopez stated Elliott exited his vehicle and entered the victim’s vehicle. Moments later, Lopez heard gunshots and began to drive off. He observed Elliott running towards his vehicle and not knowing what had happened, he slowed down to allow Elliott back in. When Elliott got into the car, Elliott pointed a black gun towards his elbow and instructed him to drive. Lopez attempted to ask Elliott what happened, but he told him not to worry about it. Lopez drove directly back to Elliott’s residence and dropped him off. Lopez and his little brother went from there to Cameron, Missouri. Lopez stated he had no prior knowledge of Elliott’s plans and believed they were only going to buy more marijuana.”

Afterward, Urvino Lopez observed his Volkswagen on the news.

“Lopez went over to Elliott’s to try to convince him to do the right thing and fix the situation, but he never had the chance to,” the report states.

Elliott denied involvement in the shooting, saying at the time he ate dinner at home.

Romeo Lopez essentially told the same story that his brother, Urvino Lopez, told police and identified Elliott as the shooter.

Test-firing the Glock recovered from Elliott’s residence “confirmed the 9mm casings from the crime scene” matched those produced by the test.