EXCELSIOR SPRINGS – A hapless squirrel self-incinerated, setting a fire that did at least $10,000 in damage at the fire department.

“Apparently, a squirrel got into the fusing on a pole on the north side of our property and it shorted out a heavy-duty power supply to the station,” acting Fire Chief Bill Stewart said. “It surged into the side of the building and started a fire in the womens dorm.”

The dorm fire centered on an electric outlet, he said.

Firefighters in the building smelled smoke and began searching for the source Sept. 13.

“One of them found smoke coming out of the ceiling in the mens dorm,” Stewart said.

Unable to find the fire in the mens dorm, the smoke next led firefighters to the eastern side of the building to the womens dorm, he said.

“It was pretty significant smoke. It had banked all the way down to the floor,” Stewart said. “They had to put on air packs to go in there and find (the fire) to put it out. …

“The guys had to tear a hole in the sheetrock to get to where the fire was, and they put that out.”

A commercial company that addresses smoke and fire damage, Servepro of Kansas City, is at work to clear debris and make repairs to the wall and ceiling, Stewart said. Two beds in the room, a nightstand and three lamps must be replaced, and ducts must be cleaned, he said.

“We’ll be pretty well done with all of the repairs by (Sept. 25),” Stewart said.

To be clear, Stewart said the squirrel was not of the two-legged variety.

“There’s a lot of squirrely things go on (here), but this happened to be a four(-legger),” he said.

Firefighters in many departments eat at their stations. But, no, Excelsior Springs firefighters did not dine on barbecued squirrel, Stewart said. Too charred.

“He was beyond that,” he said. 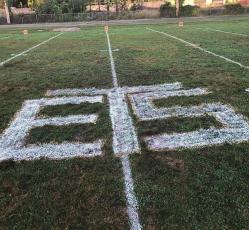 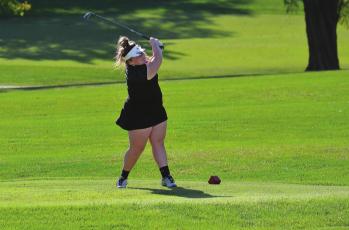 Chappel makes return trip to state competition
Oct 16, 2020 - 02:27
EXCELSIOR SPRINGS – When it comes to district golf, the key is to play one round that is good enough to make the state tournament. On Monday, Hope Chappel played a round that was good enough.
END_OF_DOCUMENT_TOKEN_TO_BE_REPLACED